Cleanliness is Next to Godliness...

April 29, 2008
So, as many of know, my husband, who for blogging purposes shall be called, "Candy Man" (hence the song choice) is somewhat of a germ-a-phobe.  We seriously need to consider buying stock in Purell, as he is singlehandedly keeping the hand sanitizer industry in business.  Before my son was 5, he could get in and out of a bathroom without touching a single surface.  And, if you asked Candy Man the one thing he would need to survive on a desert island, there would a be a 2 way tie between this stuff and Carmex.
Now that you have some background, I have a story.
Candy Man was also an LAPD officer for 10 years.  I know...totally hot.  (6 ft. 4, handsome as all get out, in a uniform and packing heat.. forget about it, that's more than a girl can stand!)
Anyway, during those 10 years, the reality show, "LAPD Life on the Beat" was filmed.  Candy Man was in quite a few episodes.  We recently found reruns playing on Fox Reality and started using the DVR to record them, hoping we could show The Boy (our son) an episode of his dad in action!
Finally, after weeks of dvr'ing and watching, we see his partner.  The three of us gather round the tv watching for CM...  I am first to spot his forearm (I have a thing for arms, especially his) and point it out.  Next thing you know, Candy Man springs into action... we get a full 5 seconds of him.........
USING HAND SANITIZER
OMG.  Talk about funny...I just about peed myself.  Here is a guy who was undercover for 7 years and 2 more as a detective.  Film exists of him doing some pretty exciting things... but no, this day, when we finally see him, it's keeping germ-free!  Which, I guess is a pretty good example to set, right?
I love it when things work out like that.
BTW,  after I controlled my laughter, Candy Man tried to prove his case by rewinding the video and pointing out that the suspect was bleeding... of course he had to sanitize...

Heather said…
Yes...I remember how freakishly clean he is.

Debbie said…
Oh my goodness, Tiffany, that is hilarious!!! I am a bit of a germophobe myself...my kids are so trained to come right in the house after coming from anywhere, take off their shoes and wash their hands. Now their friends are in the habit as well. My husband is a better hand washer than most, but I still have to nudge him if I notice him touch something and then make dinner. Freak I know. But seriously, I would LOVE to see that clip of CM.....that was a good one!
April 30, 2008 at 5:27 PM

Jennifer P. said…
love from one hand sanitizer freak to the next! If he wants to really "treat" himself, you'll have to let him know about Avon's vanilla scented hand sanitizer. After the nasty alcohol smell fades away, your hands smell like a chocolate chip cookie. And it's portable (and manly, I'm sure :)!).

scargosun said…
OMG! I have a husband that is the same way! Would you believe he won't dry his hands on a towel IN OUR HOME becuase he thinks it's better to air dry them! GA!
May 6, 2008 at 10:23 AM 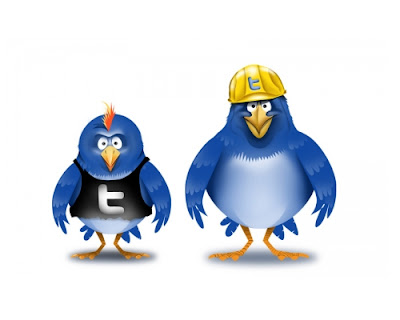 So, you may have noticed. It's been pretty much *crickets* over here. I was looking back over my blog and realized something. The waning of my interest in blogging coincides with something. My introduction to Twitter. Yep. I am a full blown Twitter lover. It's so quick. So easy. So engaging. It used to be that I would think of something I wanted to share with you guys. I'd write a blog post. Now, I just tweet it. I guess some could argue that a tweet is not as fulfilling as a blog post. But it does offer something I love. Instant Gratification. Instant Conversation. With the blog, I have to write the post, wait for you to come on over, read, decide to leave a comment. Then, if I want to return the comment, I have to head on over to your place and read your entire post and comment. Over on twitter, we are chatting right away. And if you think of @ replies like comments, well, then, I am getting my feign satisfied. Plus, while over 400 of you follow t
Read more

May 14, 2008
I 'd like to start by proclaiming that I am in madly in love with my husband. In no way does this moment of "gyno-attraction" diminish his hotness and my love for said hotness. Having said that, let's begin. So I feel pretty safe in saying my OB is hotter than your OB. Okay, make that "was", because when we left LA for St. George, I had to leave his glorious, silver, stirrups. But he is worth a post. Trust me on this . Let's start with our first (and only) encounter. It was my 6 week follow up after having The Boy. My regular OB was out of town, so they assigned me to Dr. McHottie. I walked into the room with no idea of what was to come. I got undressed (from the waist down of course) and stuck my feet in the stirrups. Then he walked in. A cross between Jake Gyllenhall and Channing Tatum. In scrubs. G.O.R.G.E.O.U.S. I got all kinds of flustered and the conversation went something like this. McHottie : "Hello Mrs. R." (Cleverly
Read more